These are the staff who work in Class 3 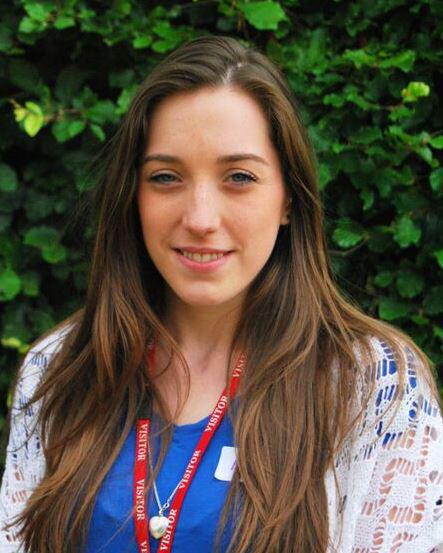 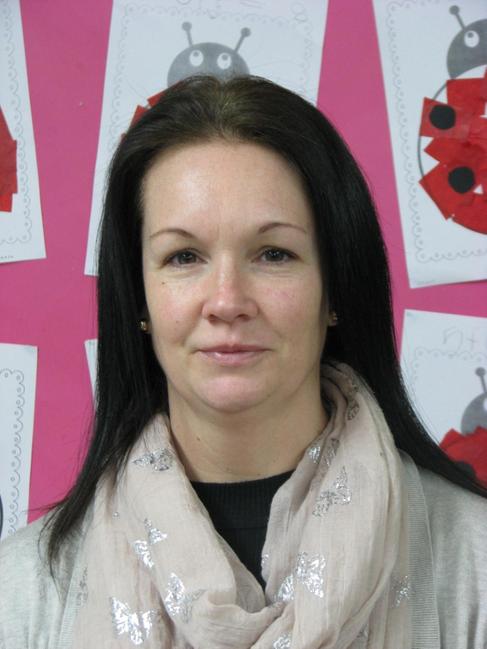 All About Mrs Minty

Today, we all wrote our own version of 'I am the Song' by Charles Causly. We then all chose one line that we liked from our own poems and combined them to make a class poem!

We had our 'Traditional Tales Day' on the 25th June. We were all dressed up and we made some wooden spoon puppets, did some colouring and word searches, decorated fairy cakes, had a Mad Hatter's tea party and took part in an Alice and Wonderland workshop as well as a Mindfulness workshop. It was a very busy day but we had SO MUCH FUN!!

This week, we were very lucky as Mrs Hayhoe brought in her two chameleons to show us. Ethan has told us a lot about them and gave us a very interesting presentation before we met them. Their names are Cami and Lorenzo and we all thought they were VERY cute!

Class 3 really enjoyed Sports Week, and with the promise of new playtime equipment if they win, were very keen to log all physical activity on ‘Get Set Tokyo’ to try to get the closest to Tokyo!

On Monday, we started Sports Week by learning a new sport called Tchoukball, which we really enjoyed. Then, we made our very own Olympic medals and in the afternoon we did a Virtual Tennis competition to compete against other schools in our county. The following day, we held our very own inter-house football tournament, which ended in a penalty shoot out to determine 3rd place! We also did some cheerleading with Miss Edwards from Canterbury Academy. She taught us lots of different moves, a routine and how to safely form a pyramid. Wednesday was our Sports Day in the afternoon, so we took it easy in the morning! On Thursday, the weather was very miserable, but we still managed to get outside to put the skills we learnt with Miss Edwards to the test and create our own cheerleading routines! In the afternoon, we took inspiration from the current Olympic city (Tokyo) and did some counting in Japanese and made origami ninja stars. Finally, on Friday morning, we had a coach come in to teach us the Paralympic sport ‘Sitting Volleyball’ and then we did some Sports themed art in the afternoon. What a busy week!

We had an amazing time during Sports Week and loved getting to try so many new activities! One sport that the children were particularly engaged with and really threw themselves into was Cheerleading. Have a look at some of these pictures of us trying some pyramids and creating our own routines: 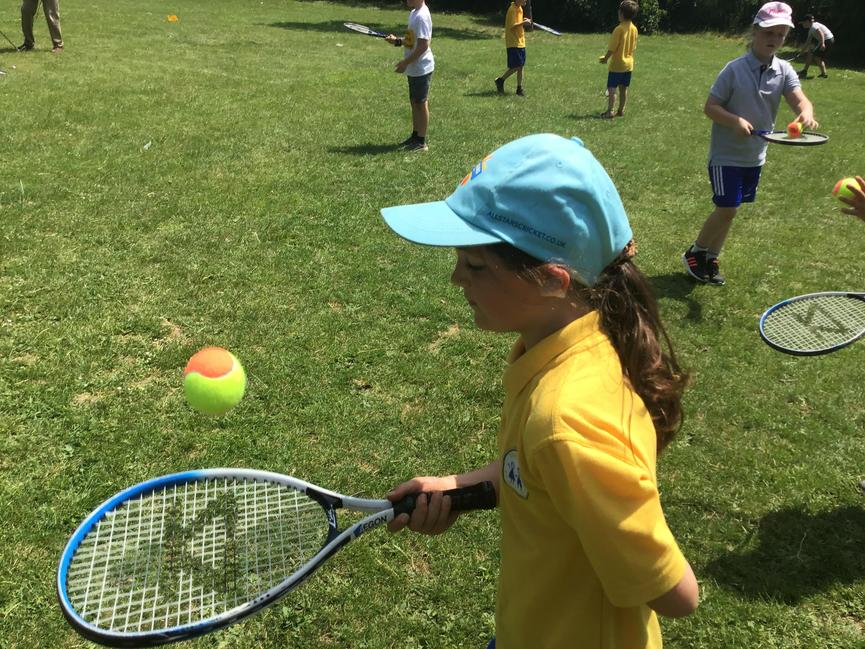 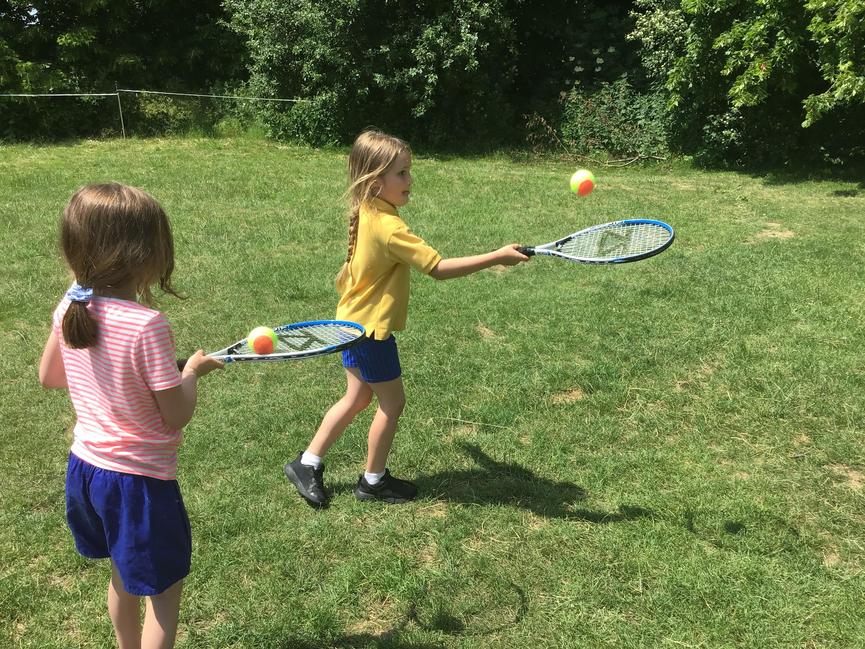 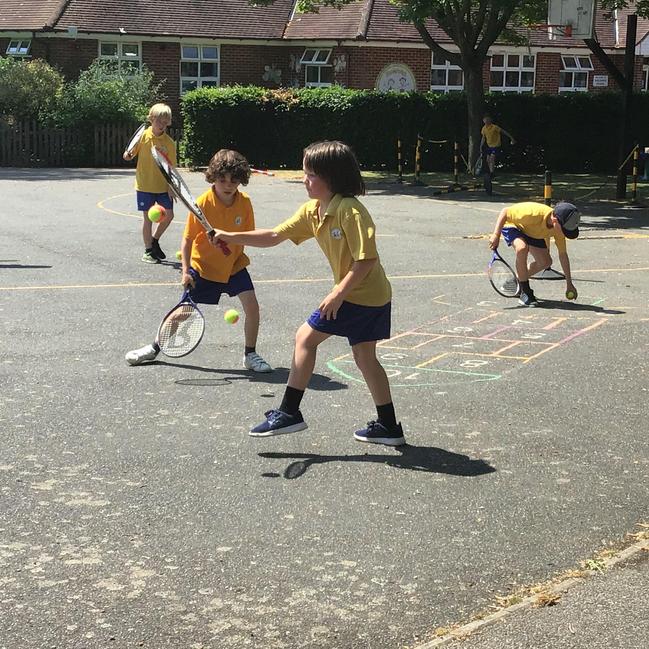 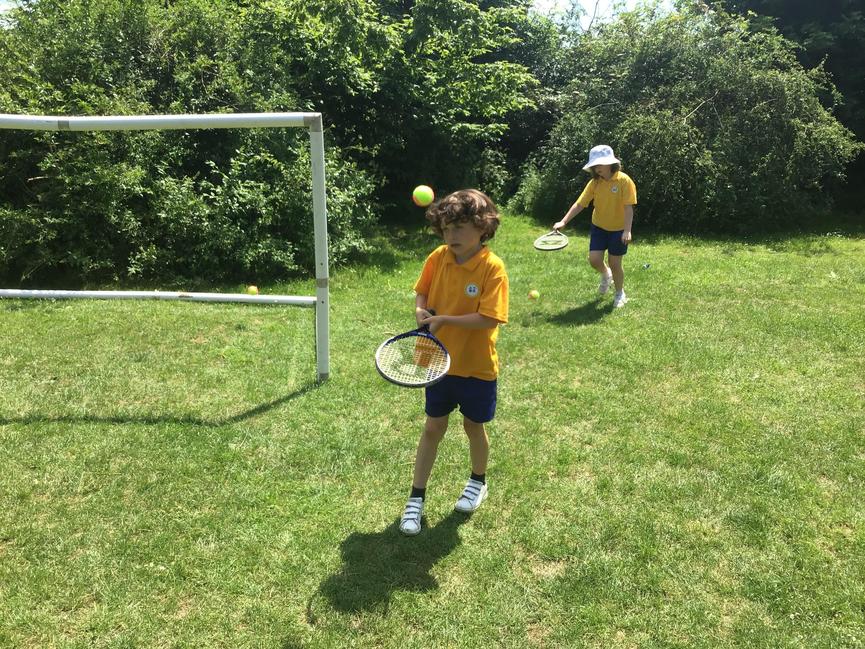 As part of the school wide tennis competition, each child had 60 seconds to complete as many volleys and then separately how many hits against the ground. They all had three attempts and their personal best was recorded.

During Art week, Class 3 focused a lot on observational drawing, which helped us to practise the skills we would need to complete our ‘Wow Piece’ – a split portrait of us and our favourite animal! We began on Tuesday by practising some basic techniques (hatching, cross hatching, stippling, scribbling and back and forth) and then applied these skills to a still life drawing of an item that Mrs Minty put on our desk. Then, on Wednesday, we followed a tutorial and learnt how to draw realistic faces, thinking about the position of each feature of our face. We also had a go at doing an observational drawing from a photograph of our favourite animal. This meant that on Thursday, when we completed our split portrait, we had already had a practise of drawing both the human and animal halves of our portrait!

Other drawing activities that we have done included following a tutorial led by Quentin Blake, teaching us how to draw Willy Wonka, completing a piece of art in Maths made by using the compass to draw multiples circles of difference sizes that overlapped and then colouring them in and having a go at creating a picture that uses perspective.

We've had an amazing start to Term 5 in Class 3 - look at all the things we already know about our Science and Topic learning! 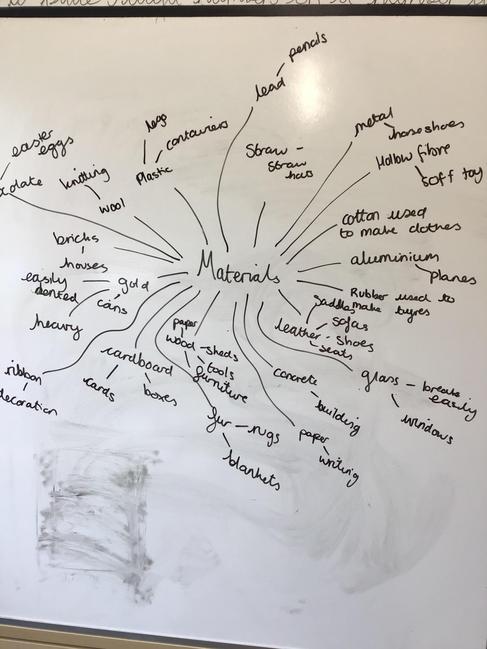 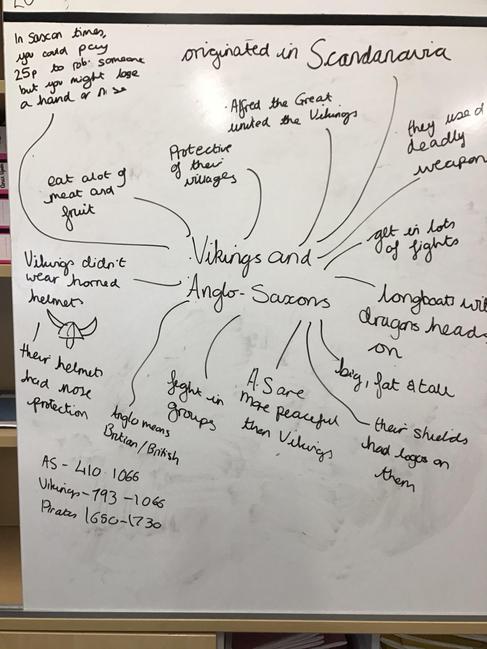 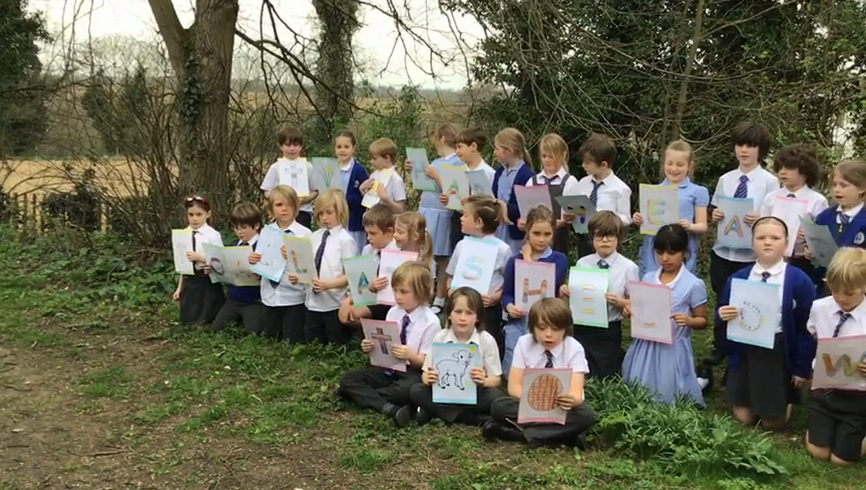 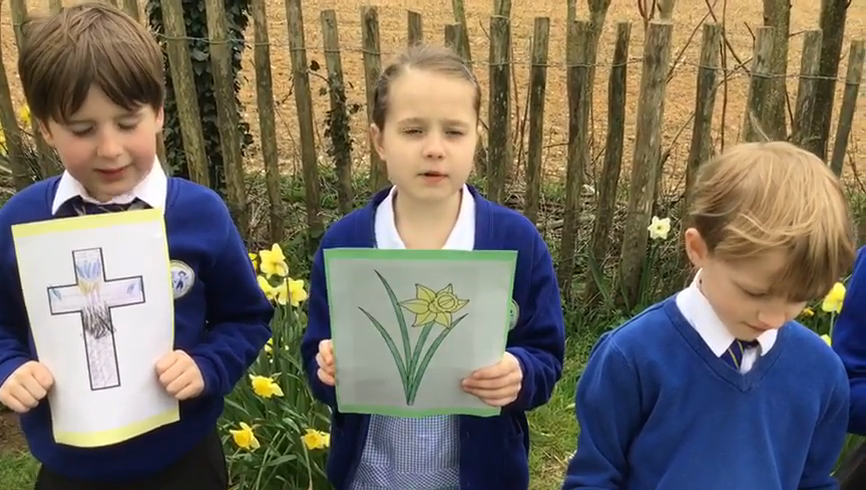